The downside of having a camera, is you tend to not get pictures of yourself. However, when several different people bring cameras to the same event, the problem solves itself, with a bit of social networking. 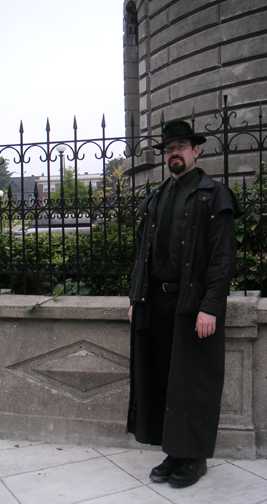